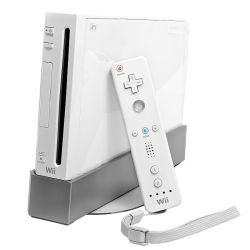 RVT is a code that is used on development units and products, such as RVT-H, NDEV, RVT-R Reader, and the RVT-R Writer. It has also been seen on the MIDI Adapter and the RVT-R Disc.

RVD is only known to exist because it is mentioned in IOS's KD module. It is seen on the headers of NDEV 1.x units, likely suggesting that either the product code was renamed to RVT, or the NDEV was intended to have a special product code.

RVA is the product code for the Wii-based arcade board co-developed with Capcom for the Tatsunoko vs. Capcom: Cross Generation of Heroes arcade cabinets.

Unlike the other product codes, RVA is not mentioned in IOS, and is probably not used in /title/00000001/00000002/data/setting.txt, although it is not known what RVA units do have in this file. The NAND Boot Program detects this console type by checking if /title/00000001/00000002/data/RVA.txt exists; it is not currently known what this file contains.