LightsOut is a version of the classic light-extinguishing puzzle Lights Out. The goal is, as hinted by the name, to turn off all lights on the game board. Pressing a light causes it and its four neighbors to toggle on and off. Lights that were off will turn on, and lights that were on turn off. Despite the simple rules and goal, games take most players several minutes to complete.

Each game begins with lights randomly off or on. To make a move, move the on-screen cursor to the group of lights you wish to change. When you press a light, it and its four neighbors will toggle from off to on, and vice-versa. Lights that are on are a bright green, while those that are off are gray. Play continues until you have caused all the lights on the board to be turned off. Once you've won a game, a new one will be automatically started. You can exit at any time durring a game.

Good moves are usually not obvious to players, but there is an option for those who become frustrated... Cheating! Cheating causes the computer to make a move which will get you closer to completing the game. Cheating several times in a row will spoil most of the solution, but can be useful if you find yourself stuck.

As your skill improves, LightsOut offers several ways to challenge yourself. Move counters, game timers, and additional difficulty levels all let you hone your skill. Increasing the difficulty causes lights to take on additional colors, with the sequence each light goes through displayed at the bottom right in the "color map". A maximum difficulty of 7 is available, which should be sufficient for even the most skilled of players.

Thanks to all the people behind devkitPro, libogc, and SDL-Wii 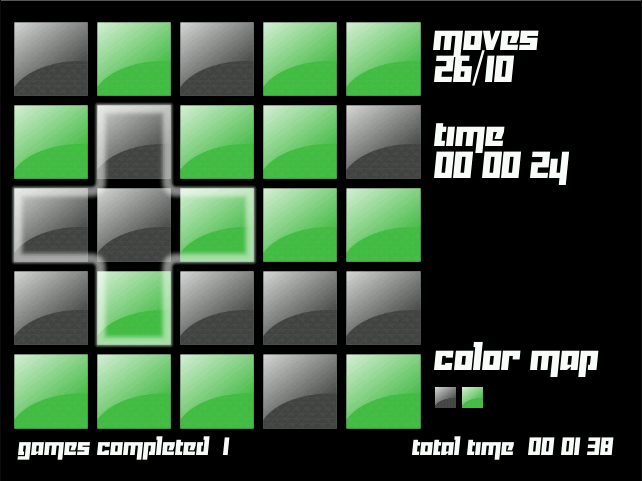 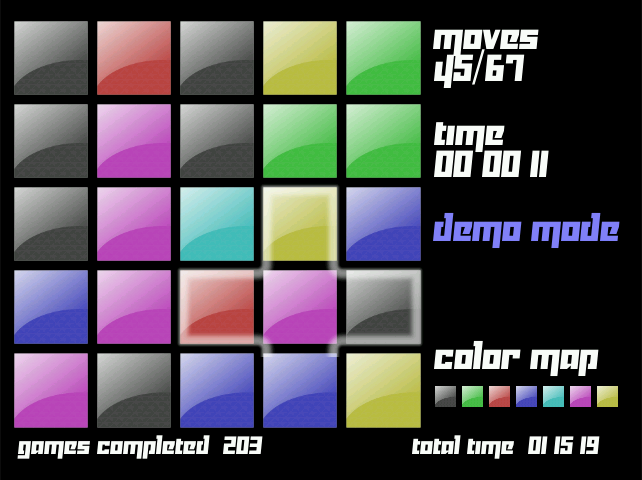