From WiiBrew
(Redirected from NUSD)
Jump to navigation Jump to search

NUS Downloader, or NUSD, is a Windows program designed to allow easy access to the resources present on NUS. Using this tool, you can download, pack, and decrypt many system titles into WADs ready to install. 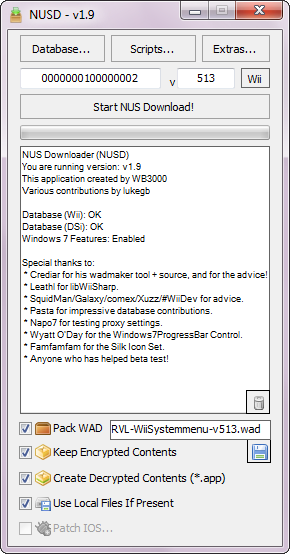 This tool creates WAD files. If it should happen to have issues during this procedure, installing corrupt WAD files could BRICK your Wii. Don't use this program if you are not sure of what it accomplishes. This program comes without warranty, and the makers of the program (and of this guide) are not responsible for any damage caused by installing a corrupt WAD or installing it incorrectly.

Modified from the decompiled EXE with dnSpy