The Wii Backup Disc is a service disc apparently used inside Official Nintendo Repair shops to transfer personal data like savegames and console settings between Wiis as part of a repair. It was the only known official application to use IOS16, and it is unknown what happened after IOS16 was stubbed.

It appears to allow ticket files and save files to be dumped and packaged as RBK files, and RBK files to be installed. The actual RBK format is unknown, but presumably it included these.

"Change WiiId" is mostly useless. WiiId is only used as your "Wii Number" that you give to your friends so they can send you Wii Mail. When you pick it, it assigns you a new random ID.

It also doesn't boot on full bricked Wiis and it's unlikely that it repairs half bricked Wiis since delete all only deletes savegames/settings and not any channel content (Weather/News/Games..) or IOS.

The "DevCerts" are two WAD files on the disc FS called "dummy-cls.wad" and "dummy-loc.wad," both of which have one content which is 0x40 bytes. One is empty the other one seems to be just random data, possibly an IOS content 0. The "dummy-loc.wad" file also has a certificate chain including the debug certificates. "dummy-cls.wad" has a ticket which the Wii does not accept, therefore it cannot be installed. 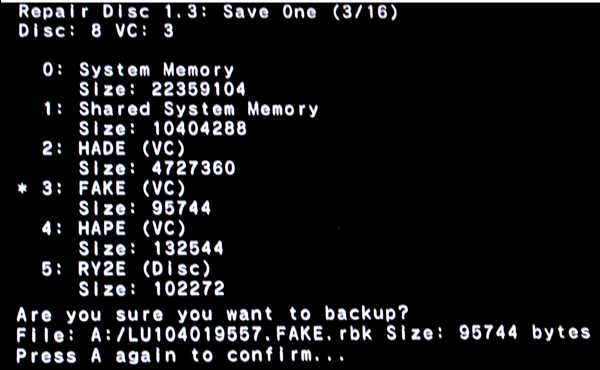 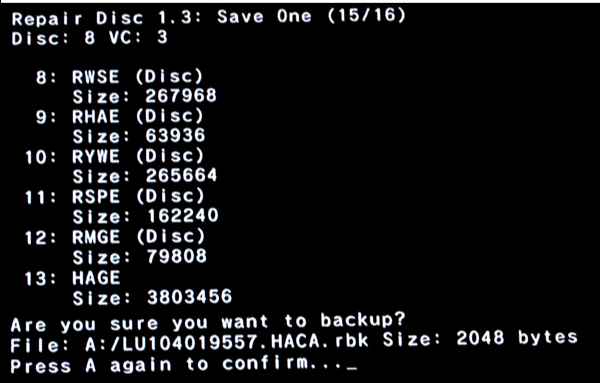 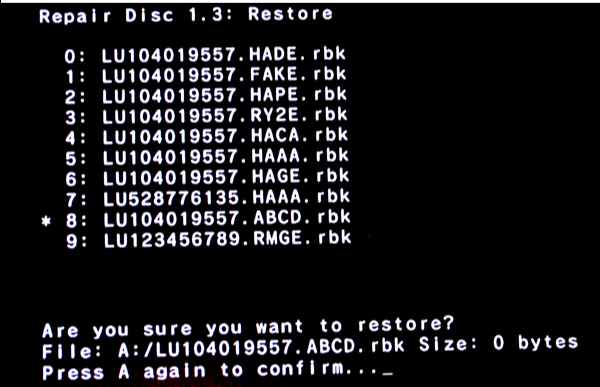 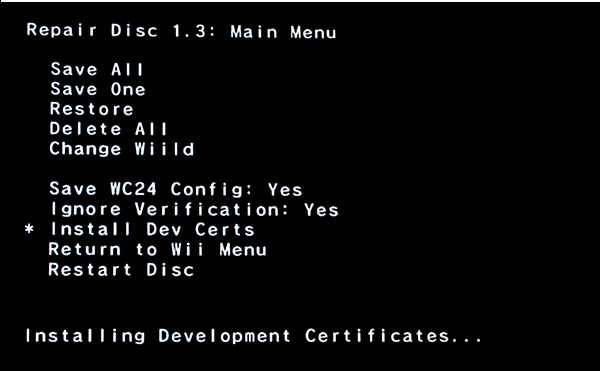