Version 1.2 was released on 11 July 2009. You can download it via the link on the right, or the homebrew browser.

When you exit the game, you'll be asked if you want to upload your high scores. If you choose yes, the game will send your scores to the online database found at the above link. The highest 64 scores for each team size are saved. However, only scores which were achieved in version 1.2 or later will be sent.

On the main menu screen, you can choose the number of players, start the game, or quit. The bottom section of the screen will change to show you the high scores for the currently selected number of players. When you first start the game, you'll see a dialog showing you which controllers are connected to each player slot. Once the game has started, you can pause and quit to the menu at any time.

WiiSPACE saves a configuration file on the root of your SD card. If you open wiispace.txt, you can make one or two changes: 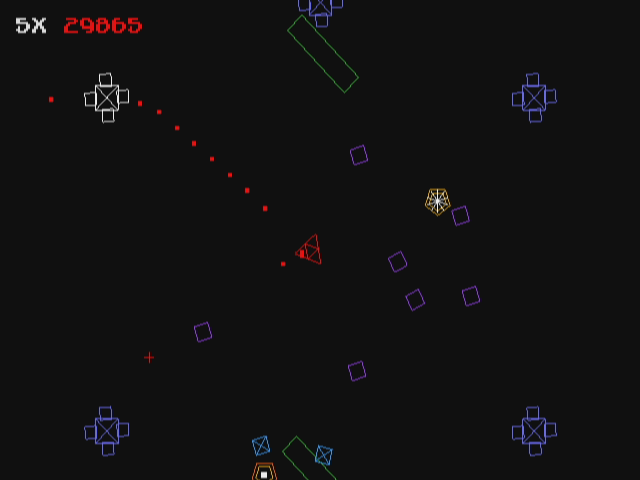 Thanks to _Contra_ for a video demonstration.